NetworkIN advocates join businesses to donate more than £10,000 worth of prizes to help families in poverty 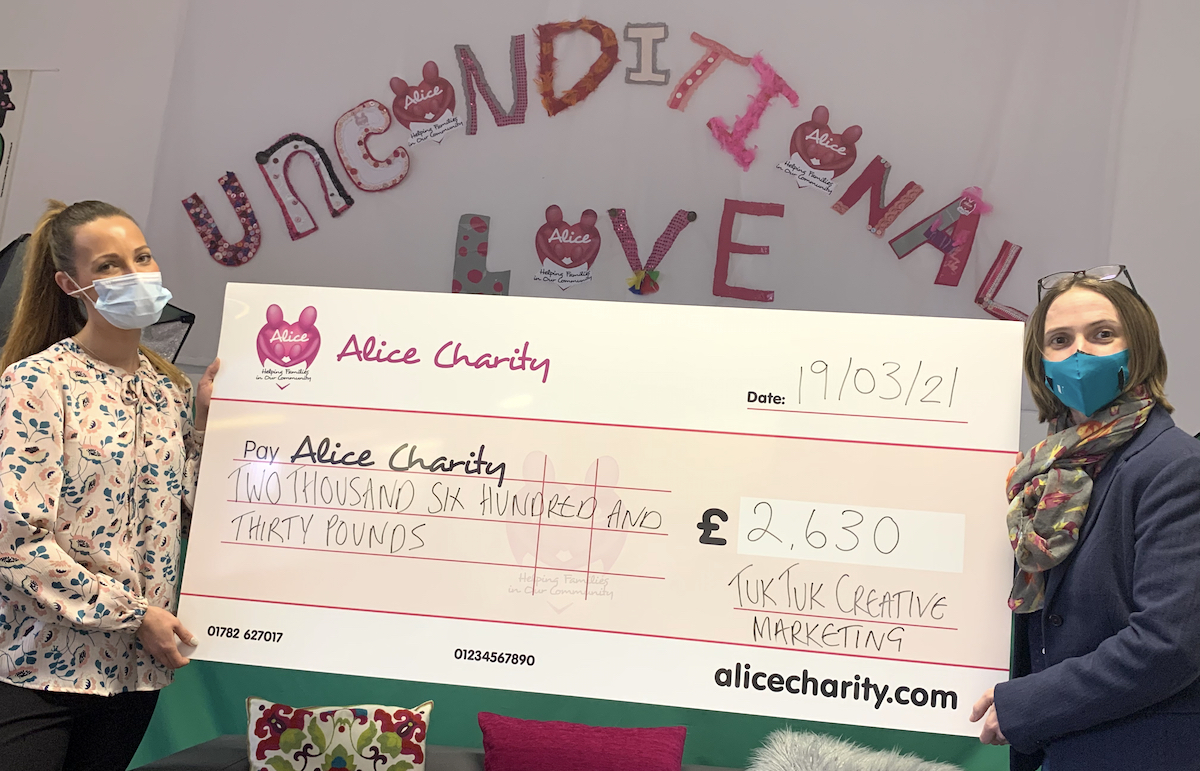 25 Mar NetworkIN advocates join businesses to donate more than £10,000 worth of prizes to help families in poverty

Disadvantaged families across Stoke and Newcastle will receive a cash boost after businesses across the county offered to raffle and auction their services in aid of Stoke Friday charity advocate Alice Charity.

More than a dozen businesses donated over £10,000 worth of prizes after being approached by business owner and NetworkIN Stoke Friday advocate Vicky Stanaway, whose own experiences of fostering for Stoke-on-Trent City Council made her aware of families who desperately need support.

She said: “I chose Alice Charity because nobody chooses to be in poverty, and many of us can’t imagine what it’s like to choose between feeding our family or doing a load of washing.

“This is a reality for people in North Staffordshire, and Alice Charity is there to support families, listen, and help them put one foot in front of the other to step forward to a better life.”

Vicky, the owner of Burslem-based website design company TukTuk Marketing, ran her fundraising raffle back in November 2020, having sourced prizes through a ‘trade-up’ challenge which began with nothing more than an Alice Charity pin badge.

“The whole thing began one NetworkIN meeting with, ‘what would someone give me for a pin badge which I could exchange a new item for?’

“The idea was to keep going until the next NetworkIN meeting on 18 December, when hopefully I would have an item I could sell or auction to donate the proceeds to Alice Charity from.

“I was overwhelmed by people’s generosity and my raffle ended last month. Some of the amazing supporters wanted to donate their prizes back to raise even more cash for the charity.

“I have to admit putting myself all over social media, making videos, constantly promoting the raffle and then the auction took me way out of my comfort zone. I admit I was tempted to call it a day after the raffle, but I knew in my heart that wasn’t right when I had so many amazing prizes still available.”

The fundraising auction ended last week, bringing Vicky’s fundraising total to £2,630 which was presented to Alice Charity on Friday (March 18th) at their headquarters in Newcastle-under-Lyme.

The NetworkIN businesses that donated prizes and joined in with the trade-up challenge include:

CEO of Alice charity Steph Talbot said: “What Vicky has been able to achieve is amazing, as she really is a one-woman dynamo.

“It’s thanks to fundraising like this that Alice Charity was able to support more than 3,000 families last year in Stoke and Newcastle-under-Lyme who were in crisis.

“We’re incredibly grateful to all the businesses who donated prizes for the three campaigns and supported Vicky and Alice Charity. The money will go into our Lean In project which provides emotional support to local families through well-being calls and home visits.”