Markets in a Minute: Stocks slide as US economy contracts in Q1 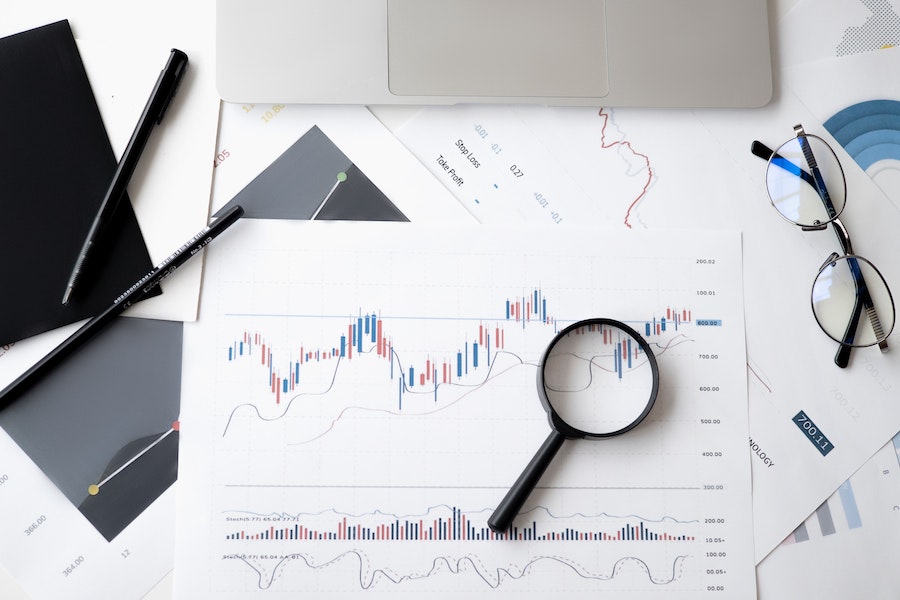 09 May Markets in a Minute: Stocks slide as US economy contracts in Q1

Posted at 15:15h in Advocate News and Advice by Paul Povey 0 Comments
0 Likes

An update for NetworkIN Advocates on the Stocks slide as US economy contracts in Q1 from Paul Povey, Financial Advisor of Team Stoke.

Global stock markets tumbled last week as economic data from both sides of the Atlantic fell short of expectations.

Slowing economic growth in Europe weighed on the pan European STOXX 600, which declined 0.6%. Germany’s  Dax lost 0.3% whereas the UK’s FTSE 100 added 0.3%,  boosted by a raft of strong corporate earnings reports.

Over in Asia, the Shanghai Composite slid 1.3% amid  ongoing concerns about the cost of China’s zero-Covid  policy.

*Data from close on Friday 22 April to close of business on Friday 29  April.

Trading was suspended in several European markets  on Monday (2 May) after indices recorded sudden steep  declines. Sweden’s OMX 30 fell by nearly 8.0% but  managed to recoup losses to end the day 1.9% lower.  The STOXX 600 sank 3.0% before closing down 1.5%.  According to the Guardian, the ‘flash crash’ was caused  by a Citigroup trader making an error when inputting a  transaction, which was subsequently corrected.

The FTSE 100 returned from the May bank holiday  weekend to close up 0.2% on Tuesday. The S&P Global/ CIPS UK manufacturing purchasing managers’ index  rose to 55.8 in April from 55.2 in March, above the  consensus estimate of 55.3. However, confidence among  manufacturers fell to a 16-month low because of rising  selling prices, longer delivery times and higher shopping  costs after Brexit.

UK and European indices started Wednesday’s trading  session in the red, as investors prepared themselves for  the Federal Reserve’s monetary policy meeting later in the  day. The Fed is expected to announce a 50-basis-point  increase in interest rates.

US GDP unexpectedly shrinks by 1.4%

Disappointing US GDP figures from the Commerce  Department came as a big surprise to investors last  week. GDP dropped by an annualised 1.4% in the first  three months of the year, according to the advance  estimates. This marked the first contraction since mid 2020 and was a significant drop from the 6.9% rise  recorded in the fourth quarter of 2021. Economists were  expecting an expansion of around 1.0%.

The decline was mostly driven by a wider trade deficit,  which hit a record high in March as import volumes  surged and exports fell, as well as a slowdown in  inventory investment. These offset strong growth in  consumer spending, which accounts for more than  two-thirds of US economic activity. Consumer spending  rose by 2.7%, up from 2.5% the previous quarter,  despite the hit from Omicron. US President Joe Biden  blamed the contraction on “technical factors” and said  the American economy “continues to be resilient in the  face of historic challenges”.

The report showed price pressures are continuing,  with the core personal consumption expenditures  index, which strips out volatile components like food  and energy, rising by 5.2% compared with 5.0% in the  previous quarter. The employment cost index rose by  1.4%, reflecting the tight labour market.

Last week also saw lower-than-expected economic  growth figures for the eurozone. GDP expanded by 0.2%  sequentially in the first quarter, lower than the 0.3%  forecast by the European Commission just before the  Ukraine war started. Germany’s GDP grew by 0.2%,  France’s stagnated, and Italy’s declined by 0.2%.

Meanwhile, inflation in the eurozone hit a record high for  the sixth consecutive month, reaching 7.5% in April, up from 7.4% in March. This was largely driven  by a 38.0% annual increase in energy prices, although  this was a slight slowdown from the 44.4% increase seen  in March.

In Germany, inflation rose to 7.4% year-on-year in April,  the highest in four decades. The last time prices rose at a  faster pace was in autumn 1981 in West Germany, when  the Iran-Iraq War caused oil prices to increase sharply.

In Japan, the government announced a new package  of measures that aim to help cushion the impact of  surging prices and support the country’s recovery from  the pandemic. According to Japan Today, the package includes cash handouts of 50,000 yen per child for low income households, more subsidies for oil wholesalers  to bring down retail gasoline prices, and support for  struggling small and medium-sized companies, as well as  livestock farmers.

The measures came as the Bank of Japan forecast  inflation would rise by a median 1.9% in the 2022 fiscal  year, up from the 1.1% increase it predicted in January.  The Bank also revised down its forecasts for GDP  growth in the 2022 fiscal year from 3.8% year-on-year  to 2.9% because of the resurgence of coronavirus,  rising commodity prices and a slowdown in overseas  economies. Next year, GDP is forecast to expand by  1.9%, up from the previous forecast of 1.1%.

Markets in a Minute 4 May 2022 from Brewin Dolphin on Vimeo.

The value of investments, and any income from them, can fall and you may get back less than you invested. Neither  simulated nor actual past performance are reliable indicators of future performance. Performance is quoted before  charges which will reduce illustrated performance. Investment values may increase or decrease as a result of currency  fluctuations. Information is provided only as an example and is not a recommendation to pursue a particular strategy.  We or a connected person may have positions in or options on the securities mentioned herein or may buy, sell or offer  to make a purchase or sale of such securities from time to time. In addition we reserve the right to act as principal or  agent with regard to the sale or purchase of any security mentioned in this document. For further information, please  refer to our conflicts policy which is available on request or can be accessed via our website at www.brewin.co.uk.  Information contained in this document is believed to be reliable and accurate, but without further investigation cannot  be warranted as to accuracy or completeness. Opinions expressed in this publication are not necessarily the views held  throughout Brewin Dolphin Ltd.